All Revival Is Local 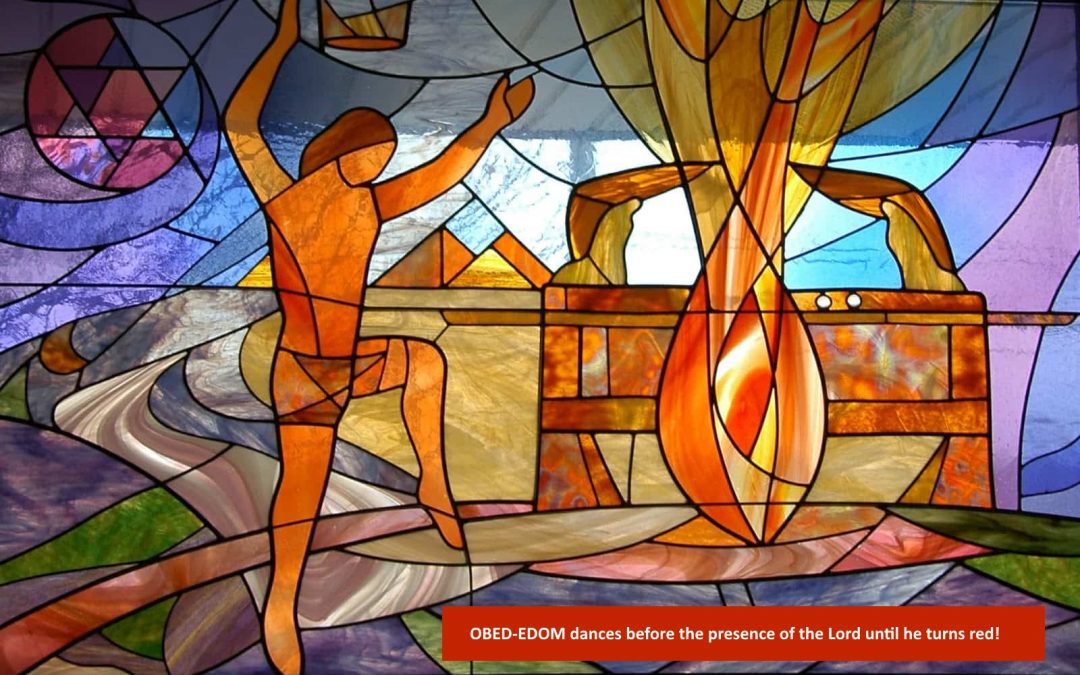 Let me teach you something: Remember how David was fearful of the ark of the covenant after Uzziah was struck down dead? What did David do with the ark of the covenant after the wagon jolted, Uzziah grabbed it and was struck down? He took it to the house of a “local guy.” That local guy was named Obed Edom.
Three things that you need to know:
1). He was “a local guy.” God told me over a year ago – “In these days and in the days to come Christians need to be connected in their local communities.” (Hence – CrownLife Ministry and CrownLife Nights) And a surprise still to come into full effect. But David chose the “local guy” because all true revival is local. Realtors have a saying that says, “All real estate is local.” It means that the agent has to know the local homes, prices, etc to be successful and that the real estate isn’t moving, its the people who are moving lol. Revival is like that. All true revival is Local and its the people who are moving.
2). The name of that guy who took care of the ark of the covenant? Obed Edom.
Obed – he who dances before the Lord.
Edom – red (or he who turns red)
Put it together – “He who dances before the Lord until he turns red!”
I hope you get that! It was not about the Ark of the Covenant but about the God of the Ark of the Covenant. It was about God’s presence.

See Israel had gone to battle and they had lost thousands of men and then someone remembered that they had forgotten to carry into the battle the Ark of the Covenant so they sent runners to get it and they carried it into battle and were resoundingly defeated and the Ark of the Covenant was taken by the enemies. I remember asking Holy Spirit something like this: “Really Holy Spirit? Really? How could God allow His Ark of the Covenant to be captured and His people slaughtered?” Holy Spirit said, “The people of Israel did not take me into battle they took that box!” “They thought I was a Jack in the Box God that they could wind up anytime they needed me and I’d pop out at the unexpected moment!” “I AM – but I am not a Jack in the Box God!” “The trusted in the box of God, but not the God of the box!”
Jesus told the Pharisees that they read and studied the scriptures thinking that they would give them life – but Jesus was the Word Alive standing before them and they could not see who He was, nor receive Life from Him. Jesus said, “These words testify about Me!”
3). So the third thing is that when revival hit Obed Edom’s house because of the presence of the Lord ole Obed Edom started dancing and didn’t stop. He was beat red. All the neighbors probably heard him hooting and shouting and singing and dancing and they may have mistaken his home for a dance hall. It was such that when word traveled throughout the land about how Obed Edom’s house was being blessed by God’s presence and how Obed Edom was dancing until turning red it was then that David said something amazing. You can look it up. David said, “I want that blessing for my house!” So then David set out with a large contingent and took the Ark of the Covenant from Obed Edom’s house to Jerusalem.
David did not put the Ark of the Covenant in the Tent of Meeting or any building. David put up a tent and it is called “The Tent of David” and there is where the Ark of the Covenant resided. Sacrifices of animals were not permitted there, only extravagant worship of the God of the box and not the box of God.
Your Bible says that God is going to resurrect the “Tent of David” in our days and He has and will continue to.
There – now you know more than you did before. Go look up what I have shared in your own Bible. Find each passage mentioned. I didn’t cite the verses because you have been lazy lately and spoon fed. Do you research and get in the Book of God that testifies concerning all of these amazing things.

“Before the revival every reached the King, it was local, in the house of a local believer named Obed-Edom!”

Maybe you are a person like Obed-Edom, a person who can privately worship, sing and dance before the presence of the Lord? Maybe your local church has a prophetic dance team? Maybe just maybe you are one of the keys to the local revival hitting your house, neighborhood, state, nation and President or King. It starts with you getting into the blessed presence of the King and worshipping Him alone in song, praise and the dance.

Pastor Jedidiah is a “faith based” “Pastoral Missionary” and Lead Pastor at CrownLife Minisry and President at Mission Del Caribe 501(c)(3). He helps Christians “Live Faithfully” in these last days and connects people to the Great Commission – where they can sponsor native pastors serving in the world’s hardest places, or support missionaries, orphans and widows and related projects. Become a “Partner For Life” with Pastor Jedidiah